In a response to national policies, Sinodiet Group vigorously promote standard provision of students’ nutritious meals in China, to build a student meal management mode geared to international standards, facilitate and realize sustainable and sound development of the students’ nutritious meal industry. After years of development and operation, Sinodiet Group has become mature and experienced in the students’ nutritious meal project. It has established a reputation in primary and secondary schools in many regions of the country, with the project widely seen throughout the country, including Fujian, Shandong, Shenzhen, Xiamen, Guangzhou and many other provinces or cities. It has worked with many well-known schools, such as Evergrande Football School. In 2016, Sinodiet Group won the honor of “China’s Top Ten Group Dining - Group Nutritious Meal Brands”; in 2017, three companies under Sinodiet Group was awarded “Outstanding Enterprise of China’s Students’ Nutritious Meal”.

The Students’ Nutritious Meal Project of Sinodiet Group is composed of professional teams. Currently, it serves more than 200,000 primary and secondary school students in Guangzhou, Foshan and Qingyuan. The raw materials for nutritious lunch in primary and secondary schools are “procured, allocated, processed and delivered in a unified way, ranging from oil, eggs, and meat to vegetables and seasoning. Sinodiet Group has formulated a detailed food delivery plan for school canteen to exert strict control on the food delivery process. 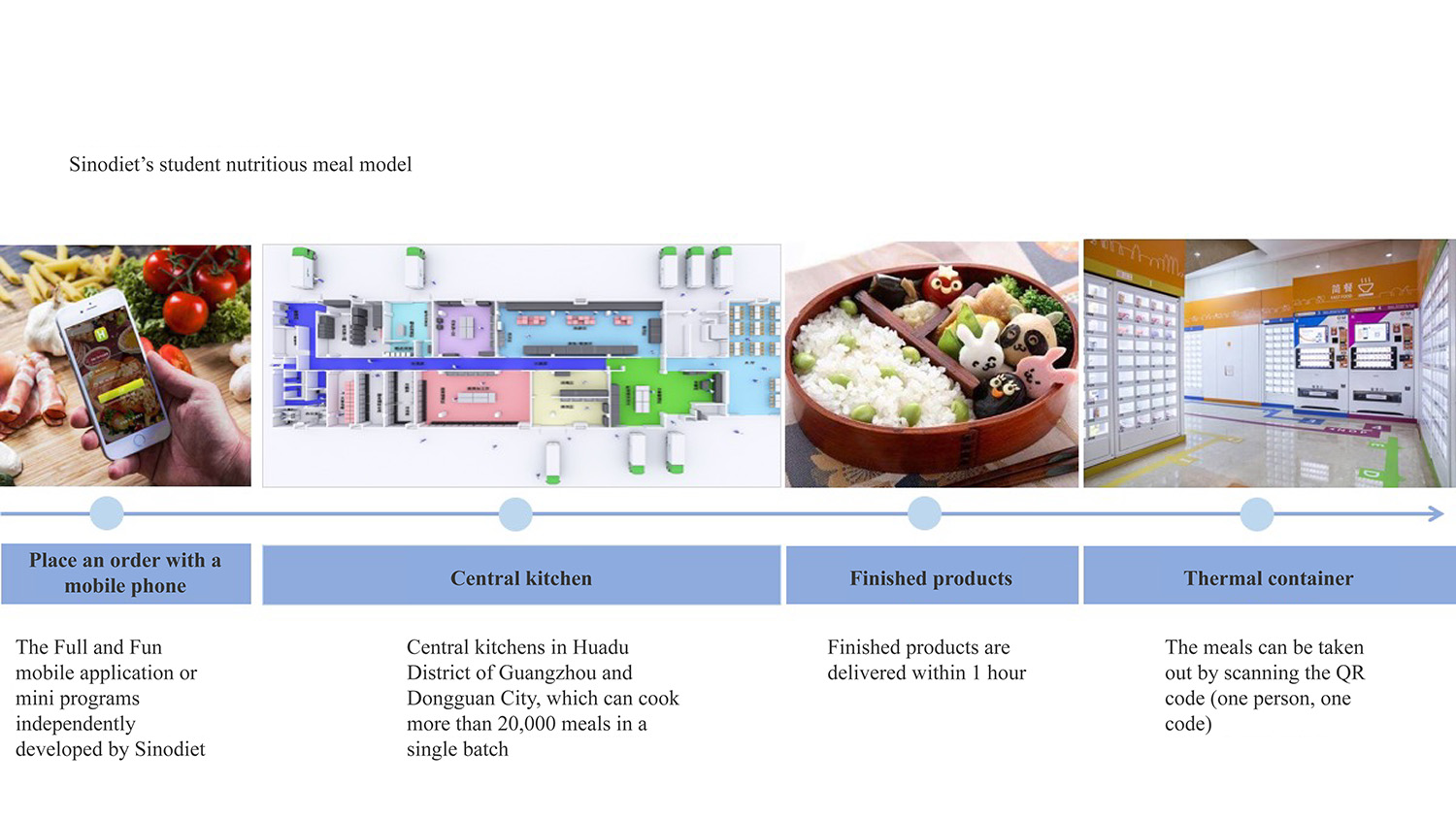 Introduction to Full and Fun app

Introduction to base management